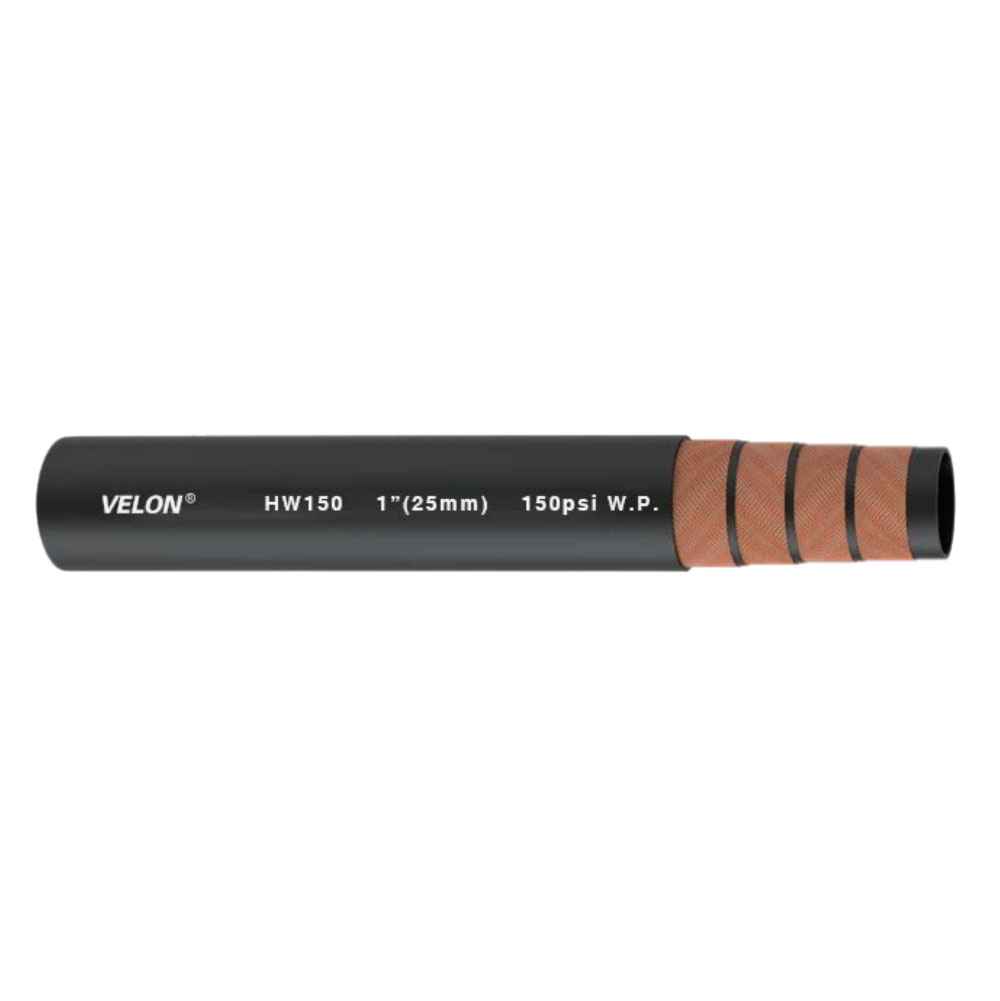 Transfer industrial hot water and cooling water with temperature up to 120˚C (248˚F).

The first is its price/performance ratio.The raw rubber of EPDM (Ethylene Propylene Rubber Hose) is the rubber with the lowest density, and it has the lightest weight under the same volume. In addition, because of its own chemical structure, in the process of making EPDM hoses, a certain amount of oil or some other fillers can be added to the material, and the performance of these fillers on EPDM basically does not appear. Have a negative impact. And because the cost of pure EPDM is too expensive, these rubbers with fillers and other additives are much cheaper in terms of cost.

Then its corrosion resistance.EPDM rubber is a non-polar rubber, its saturation is very low, it has strong resistance to various acids and alkalis, animal and vegetable oils, refrigerants, etc., and can be used to transport weak acids Alkali, refrigerant and other materials.

Finally, talk about anti-aging performance.Before talking about the anti-aging performance, we must first know the reasons for aging: the main reason for the aging of rubber tubes and other products is oxidation reaction, followed by the corrosion of other chemicals such as acid and alkali, and the damage caused by friction. Increasing the temperature can increase the Mars of the oxygen molecules. It is easier for the rubber tube to oxidize. However, EPDM rubber has heat resistance and its saturation is very low, so it can effectively reduce its and Oxidation reaction between oxygen, especially ozone.

The above is the reason why EPDM is popular. If you buy hoses, you can come to the Velon factory. We focus on the production of EPDM, NBR and other rubber industrial hoses. With strong qualifications, advanced technology and equipment, free samples are sent, and products can be customized according to your requirements. Welcome to inquire.

Write your message here and send it to us